Posted by kenarno1 on November 4, 2013
Posted in: Entertainment. 2 Comments

Wow! What a great weekend for me. Just returned from a job in Louisville, Kentucky. The experience was fantastic all the way around. The production was awesome, cast and crew were top notch, and the city of Louisville was the perfect backdrop for this film.

The production was the feature film, “Produce.” You can check out their website here: www:iamproduce.com

You can also check out their imdb page here: Produce

In St. Matthews, Kentucky, Calvin, a professional baseball player sent to an early retirement due to his panic attacks at the plate is struggling with the curveball life has thrown him.  With his two best friends, he simply sleepwalks through his days and the challenge of raising his teenager daughter.  His life is awakened and invigorated by the most unlikely person – a kid with Down syndrome named Produce that works at the local grocery store.

Calvin slowly loses the chip on his shoulder as he begins to see the world through Produce’s eyes.  Family, faith and purpose work their way back into Calvin’s life as their friendship develops.  The unlikely pair becomes intertwined in a way that gives Calvin meaning and purpose, but ultimately leads to tragedy due to single decision echoed from Calvin’s past.

Produce is a story of finding redemption through faith, hope and love.

I play Steve Bookerson, Assistant GM for the Louisville Bats, who encounters Steve and is not sure what to make out of this former baseball star. 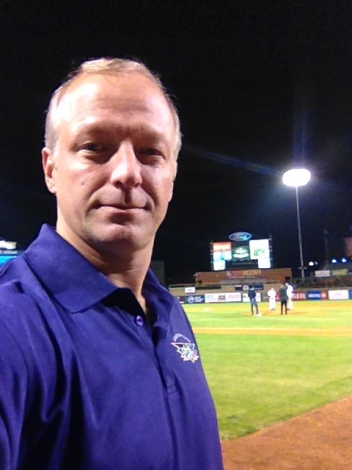 I’m proud to have been selected to work on this heart warming film that champions a great cause. And you know it was right up my alley with baseball as a back drop. 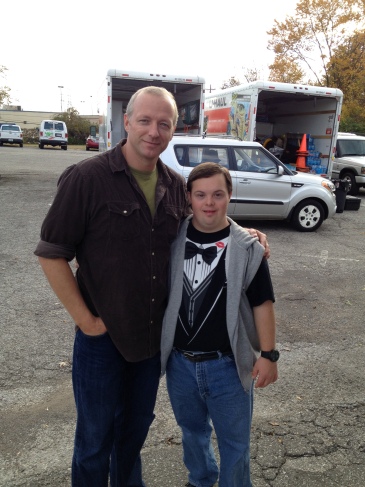 With the star of the film, David DeSanctis-“Produce” 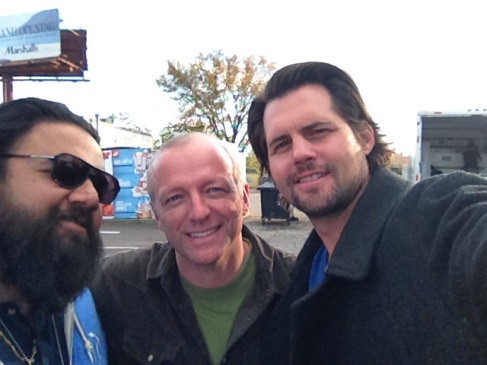 With Producer Milan Chakraborty and star of the film, Kristoffer Polaha.

And here are a few more stills from the set. A great night in Louisville! 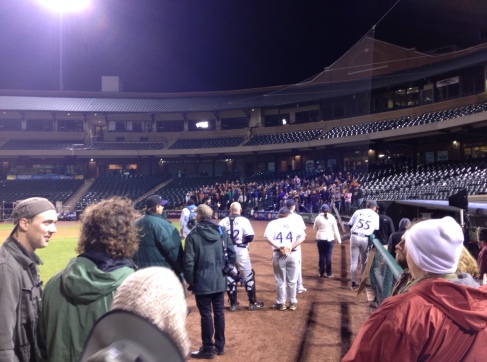 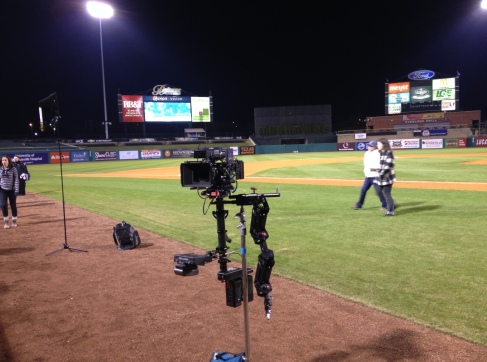 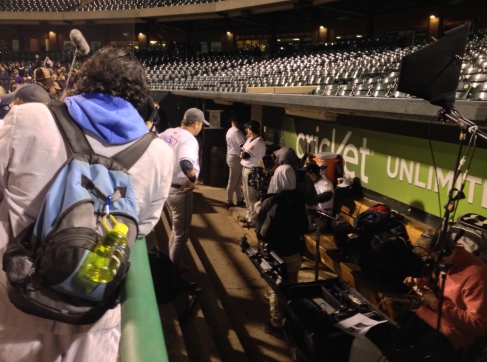 I will put up more updates as the film nears completion about the premiere and where it will screen.